June 6, 1944 – The Longest Day and a Day to be remembered (Be sure to watch the video clip included at the end)

Everything and I mean everything rises and falls on Leadership. As John Maxwell has said often, that when you are in over your head, it really doesn’t matter how deep the water is. In my last posting I wrote an article that was entitled “Everyday is an Anniversary of Something of Importance to Someone”. Well clearly, “D” Day, June 6th 1944 is and should be an anniversary not only to those who lived it but to all of us in the generations that follow.

It would be so very easy for me to write this article with an American bias but this is a Leadership article and as I stated above, Everything Rises and Falls on Leadership. So here we are over a paragraph into this article and I have not yet mentioned the significance of this Day. The significance of what has gone down in the history books as being the “Longest Day”. On this day in 1944, the Allies executed Operation Overlord and attacked and stormed the beaches of Normandy in their efforts to get a foothold from which would begin the destruction of Fortress Europe under the Nazi regime. Over 150,000 Allied Troops made up of Paratroopers, Glider Forces and the largest Amphibious Landing ever attempted were involved and if all went well would be followed by 2 million more troops.

The Allies had planned and planned this invasion for quite some time. I can go into great depth and detail on this but suffice to note that this information is easily gained from a good history book or a google search. What is to be noted are the Leadership points that came about. What the Allies did not plan and account for was Mother Nature throwing a curve ball into the works. And this is where Leadership shines. The Supreme Allied Commander was Dwight D. Eisenhower. It was his responsibility to determine the Go-No Go status of the invasion. The Invasion had already been postponed but if it were to be postponed again, the Allies would clearly lose a major advantage that included surprise. How many more men would have died? You see under the Law of Navigation, it is noted that anyone can steer a ship but it takes a Leader to chart a course. Eisenhower or “Ike” as he was affectionately called consulted with his inner circle of Staff Officers but he and he alone would have to make the fateful decision. You might say that he was clearly in over his head. But he chose to stand up and rise out of the depths and be the Leader that he was chosen to be. His response to his Staff Officers was “I am quite positive we must give the order. I don’t like it, but there it is”. The Invasion was on!

There is so, so much more detail on this Invasion that I can go into as previously stated but I must note that many of the 21 Laws of Irrefutable Leadership would come into play in the next 24 hours. Leadership would rise on so many levels on the Allied side and fortunately for all, the German Army did not bode well when their Officers and NCO’s were eliminated. The Allies had been taught to think outside the box.

In closing, just envision what today would be generations later if that invasion had failed.Just ponder as to whether you would even be had that invasion failed or the War lost. And it for this reason and many others that we must teach our younger generations the significance of the dates that are of importance.

This is the kind of article that allows for a great deal of comment. My call to action to each of you is to add a bit of yourself and describe what you know and most assuredly the impact that this had on your life. Ponder for a few moments, especially if you are from the Baby Boomer Generation. But let me leave you with this rare piece of information that clearly showed that Ike was a Leader’s Leader. On the eve of the Invasion he had a hand written note that he would use if all went wrong which said…”Our landings in the Cherbourg-Havre area have failed to gain a satisfactory foothold and I have withdrawn the troops. My decision to attack at this time and place was based on the best information available. The troops, the air, and the navy did all that bravery and devotion to duty could do. If any blame or fault attaches to the attempt, it is mine alone.”  Well the Invasion on that Longest Day did not fail because of the Leadership and Initiative right down to the basic foot soldier who realized that being in over your head just didn’t cut it!

In remembrance of all who fought in this Great Battle and especially to those who made the Ultimate Sacrifice for the rest of us. Yes, the rest of us, yesterday, today and tomorrow!
Peace. BB 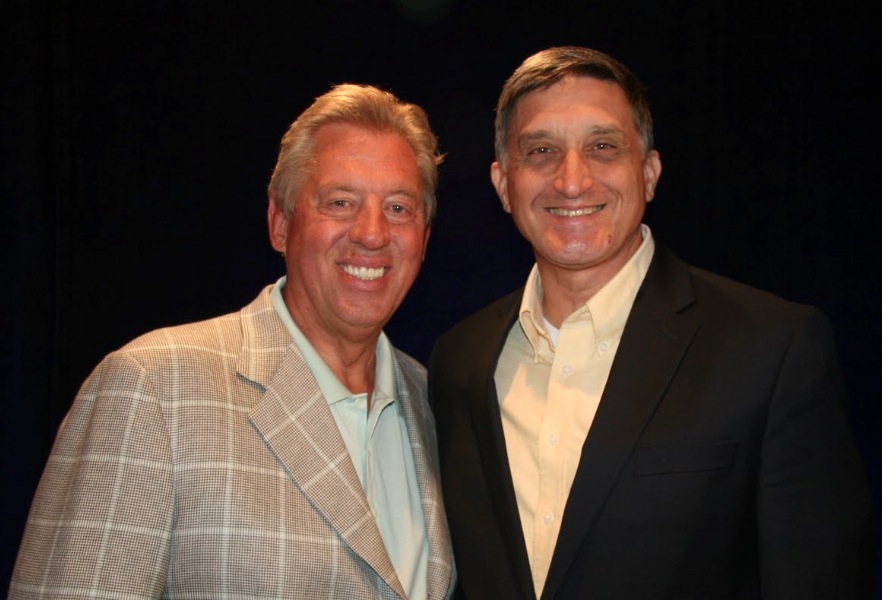