We are here enjoying a beautiful weekend. It just happens to also be Memorial Day Weekend. This is a time that is set aside to be thankful to those who have and continue to serve but more so to remember those who have given up of themselves so that we can enjoy what we have today and also to continue to live relatively safe lives. Some gave all and ALL gave some! When I think back while I was growing up in Syosset, NY and all the parades attended while in the Boy Scouts. I wonder if today’s generations really know what it is all about. I live in Bermuda today. Not everyone knows about Memorial Day. A couple of the kids asked me some questions in church today as to why I was wearing a flag tie etc. I was pleased  to answer them which led to more questions. Well I was determined to at least help them to know a bit more. Determination….when it comes to what we do on a daily basis, to what others are called to do in times of trouble, to doing whatever it takes to ensure a successful outcome. Just 3 more feet, just 3 more feet…

What is it that determination means to you? Are you prepared and determined to do whatever it takes? Would love to hear your comments on today’s post. Peace! 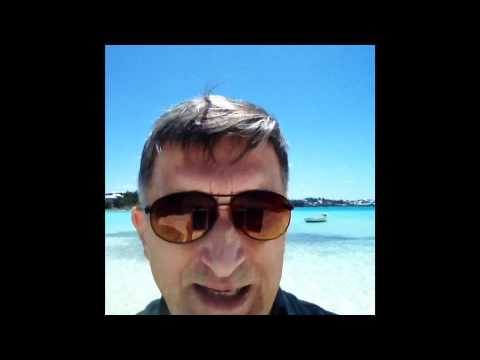 Let me start off by stating that I am thanking my Pastor Father Paul who included a story/statement in his recent homily that reminded me that I had heard this before. You know we need to hear something 6-7 times before it becomes permanent data in our minds. The story goes….The animals were gathered in the barnyard and chatting about what it was that they provided(contributed) to the big picture. But they had not heard anything from the pigs. So the chickens clucked over to the pigs and asked them what the deal was. The pigs replied back to the chickens that it was EASY for them to talk in that the eggs they provided were a contribution but when it came to the pigs what they would provide was a TOTAL Commitment!

So today’s question: Which are you? The True Leader is one that ultimately is committed to  the vision and goals. But the true leader realizes that being positional will eventually erode from this. They must “touch hearts” before they ask you for “your” commitment. The true leader will show you/ expose his own heart first showing you his passion and enthusiasm which causes you to “buy into” the Plan. The true leader will live the message, focus and believe in the Team and provide hope. Don’t get me wrong, while “contributing” is important it is not until you throw it all in and become committed that you will realize YOUR God given giftedness. You are Worthy! You are Capable! And you are Deserving! NOW are you committed?